Cambodian cuisine is most of the most interesting aspects of any visit. The variety is wonderful and local dishes are not only full of flavor, but also quite healthy as well. Meals in Cambodia typically consist of a soup, salad, fish dish, vegetables, and rice. Dessert is often made up of fresh fruits and sticky rice. Rice and freshwater fish are staples since they are so abundant in the area, so if you’re a fish lover, Cambodia is the perfect destination for you. Here are so absolute must-try dishes while you’re here. 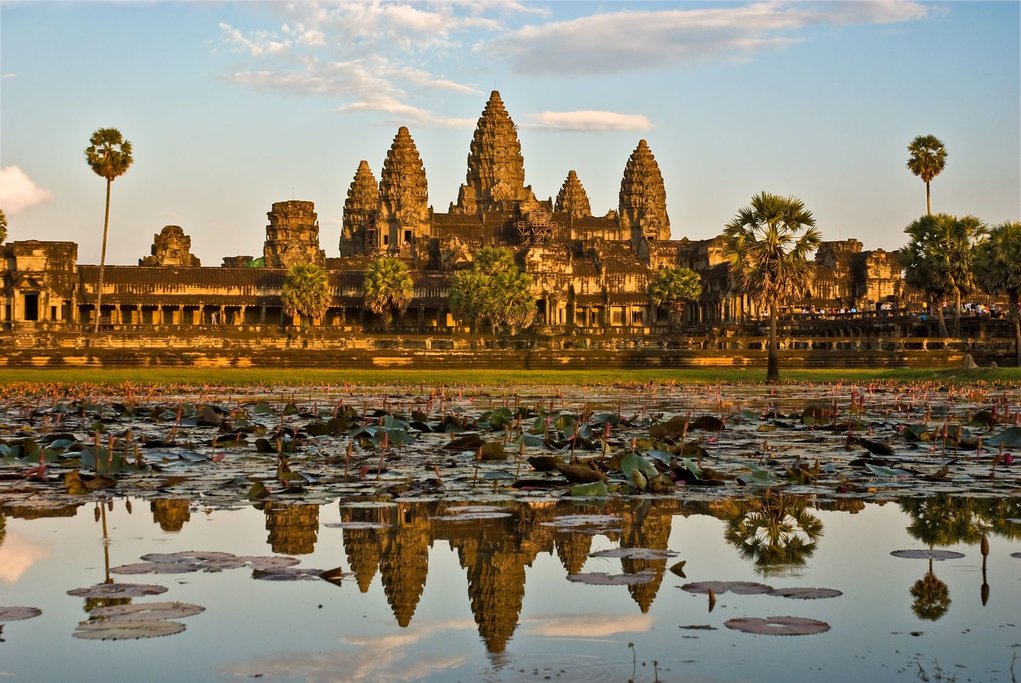 Fish Amok is a national dish which consists of steamed fish placed in large banana leaf cups along with coconut cream and curry paste and then steamed together. Another variation of amok is amok chouk, which is made of snails made with curry and steamed inside of the shells. Both are served with steamed rice. 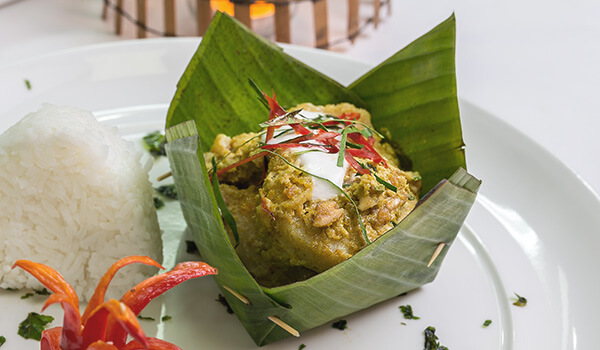 Samlor machu trey is a sweet and sour fish soup that’s commonly made in many Cambodian homes since it is easy to make. It’s comprised of fish, garlic, celery, tamarind juice, lemongrass, bean spouts, and pineapple. It is flavored with fish sauce, sugar, and salt. These ingredients come together in a wonderfully flavorful final product that’s often served with green herbs and hot chili pepper on top. 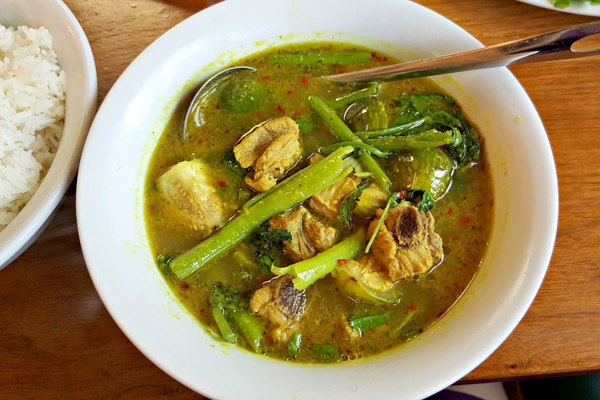 This popular dish is quite popular, and once you taste it you’ll understand why. It is a lemongrass stir-fried beef that’s made with fried garlic and mixed vegetables, including red pepper and onion. Kroeung is a lemongrass paste that’s made of the herb along with kaffir lime and galangal. The paste is considered to be very healthy and is believed to help with reducing acne. 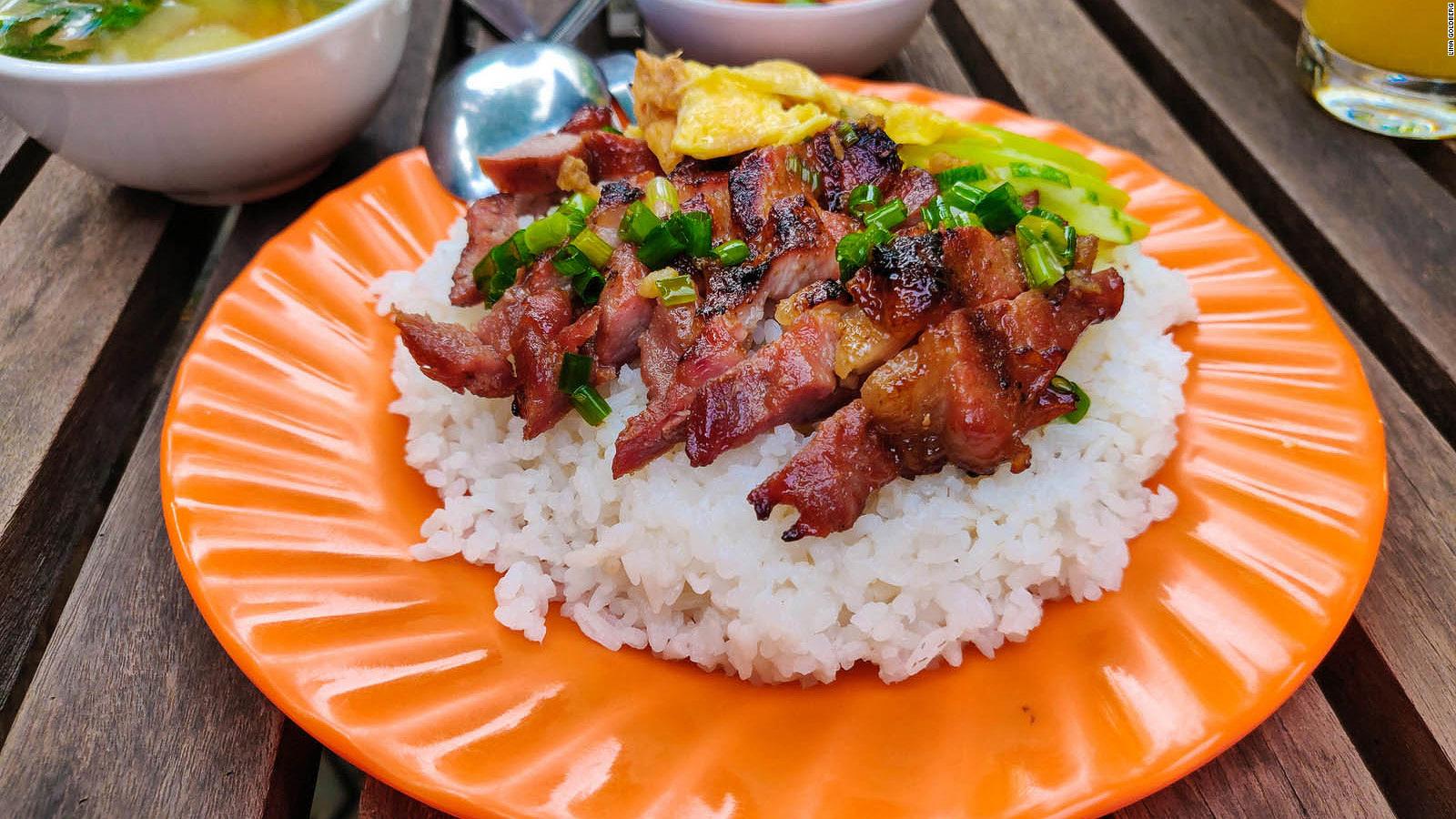 Twa ko is a sausage that is made of either beef or pork and flavored with a variety of spices. It’s usually made of meat that contains around 20-25% fat. The sausage is grilled, barbecued, or fried in a pan and is often served with steamed rice and a side of vegetables for a balanced meal. 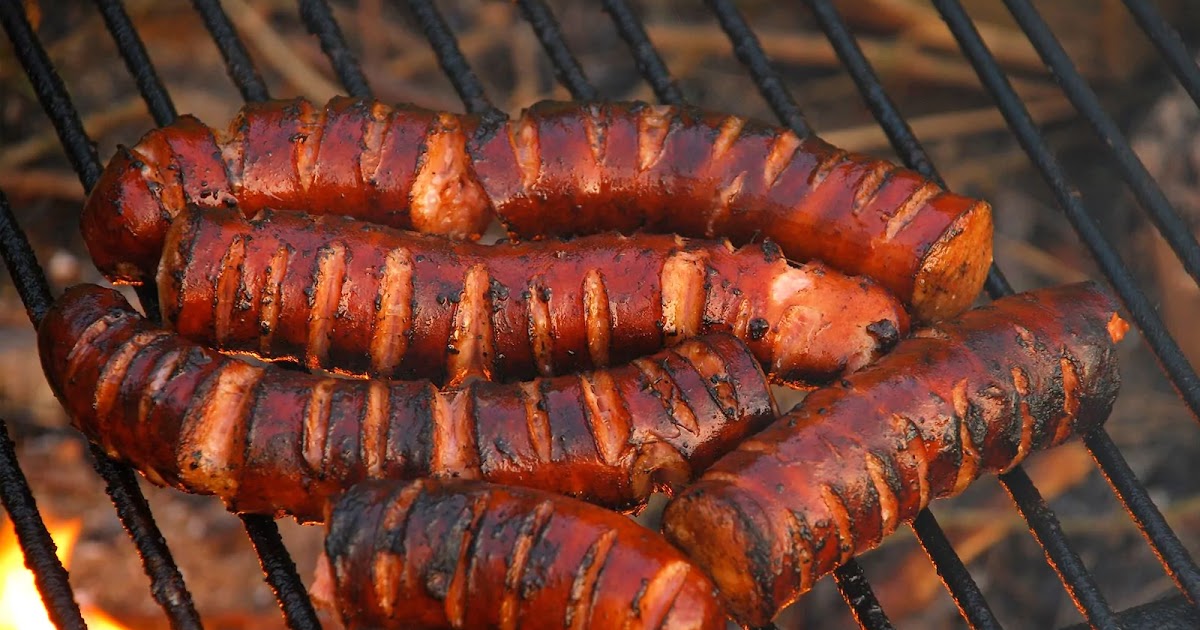 Nom banh chok, or Khmer noodles as it is often called in English, is a soup that is frequently enjoyed as a breakfast by locals. It’s made with rice noodles and a green fish gravy. The soup also contains a lot of fresh vegetables like green beans, cucumbers, mint leaves, bean sprouts, and banana blossom, which is a great way to start the day with a burst of nutrients. This soup is similar to the Thai dish kanom jeen. 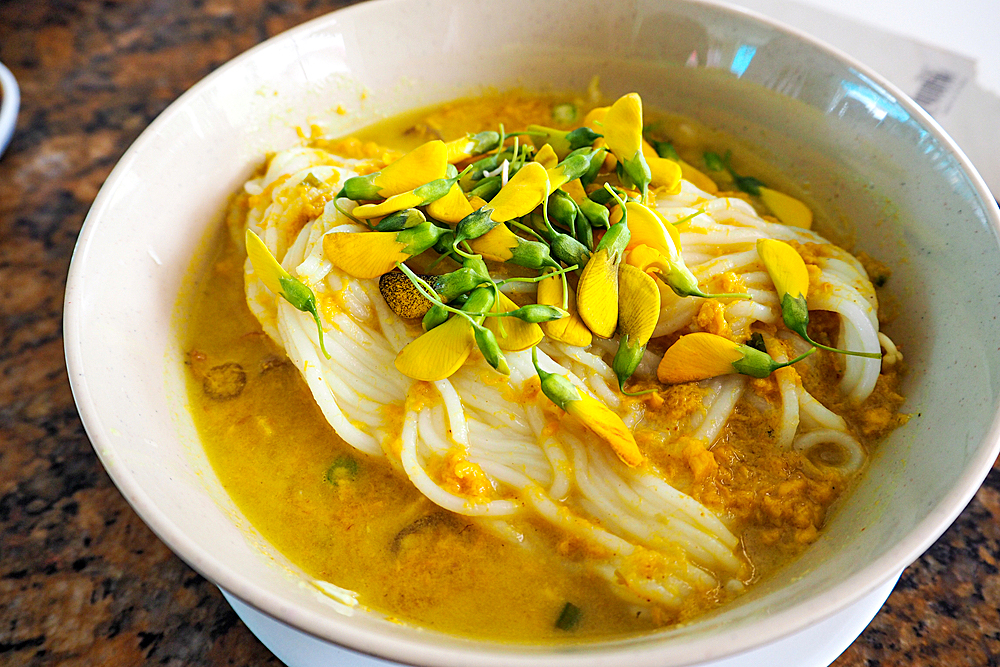 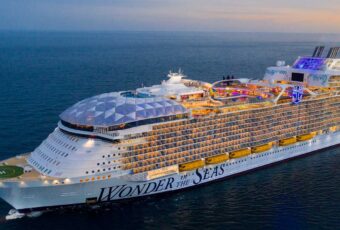